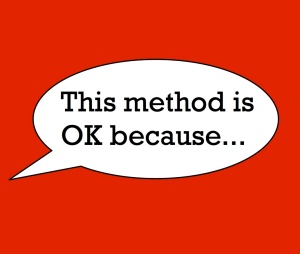 Today’s post is about being  thoughtful about the use of aversives. I write about that frequently, so how about if I describe what I mean by “thoughtful”?

Stimuli the animal would avoid, given the option.

An aversive can be a thing or an event. The same thing can be sometimes aversive and sometimes not. As I’ve mentioned, aversives can range from something a tiny bit annoying, like a fly buzzing around or hair blowing in your face, to being chased by a predator and at risk of death. As I delineated in a blog about assessing stress in training, we all expose our dogs to aversives. knowingly or by accident. Aversive events of different magnitudes are happening all around us all the time.

Also, for clarity’s sake, let me repeat something I say with great regularity. I do not claim to protect my dogs from all aversive events.  The thing I pay keen attention to is using aversives in training. Many of us have been culturally programmed to assume that applying a pretty high level of aversiveness in training is OK. I consciously fight that programming, and know many others who do.

I grew up as a trainer not perceiving dog body language. Like many of us, I did not notice the effects on my dogs of training methods, or I misunderstood them. I’m still working on changing my habits. I try to notice everything that is aversive to my dogs through observation. I mean everything. I am their caregiver and they can’t tell me. If “everything” sounds extreme, keep in mind that I am consciously trying to overcome a strong tendency in the other direction.

But I pay an even higher level of attention to my training methods. These are things I can control. If I use an aversive,  I need to have considerations beyond, is this working?

When teaching a duration sit/stay, what do you do if the dog pops up into a stand before being released?

One approach based on positive reinforcement would be to lower the criteria for the dog. Pause a moment, get the dog to sit again (with a verbal cue if you are at that point), and increase the rate of reinforcement. Return to a generally shorter duration, smaller distance, or lower level of distraction, whatever you have been working on, and employ whatever method you have been using for graduating those. Work back up again. 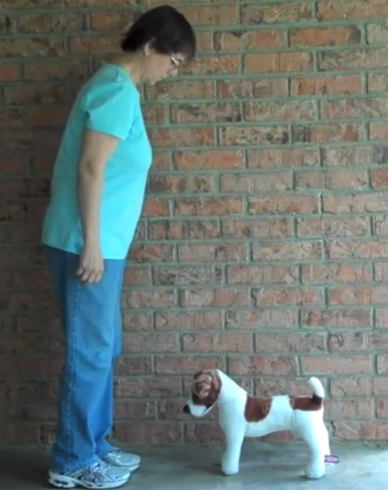 Leaning in as a training method

Another common approach is to lean over the dog until she sits back down. If the trainer were at a distance from the dog, she would walk towards her and into her space first, then lean.

This is a negative reinforcement approach, with a probable element of positive punishment.

In negative  reinforcement, something is removed after a behavior, which results in the behavior happening more often.

In positive punishment, something is added after a behavior, which results in the behavior happening less often.

It is possible for both of these processes to occur as the result of the application and removal of the same aversive, in this case, body pressure/proximity. The dog’s behavior of standing up during a sit/stay is punished, and holding the sit/stay is negatively reinforced.

When the handler leans over the dog, the behavior that “turns off” the pressure is the dog sitting back down. The pressure relief generally includes a well timed move backwards by the trainer.

Although two quadrants are involved, this method is generally characterized as one of negative reinforcement since a specific behavior has increased: duration sitting. If we solely punished the dog for standing, standing could decrease, but there could still be “flaws” in the duration sitting, such as the dog lying down or rolling over. Another common characteristic of negative reinforcement is duration of the aversive, and that is present here. The pressure continues until the dog sits; it’s not just a “zap” when the dog stands up.

In the range of possible aversives, body pressure is fairly mild. It doesn’t hurt or generally startle the dog. There are no “tools” involved. No touching, yelling, or nagging. I was surprised when first told that this method was aversive. We don’t always think of it that way, and that’s part of my point.

OK, it’s “Be careful time,” as my stepdad used to say.

Here are the first two definitions of “justification” from Dictionary.com:

1. to show (an act, claim, statement, etc.) to be just or right
2. to defend or uphold as warranted or well-grounded — Dictionary.com

Justification is not a dirty word. But if our goal at the outset is to justify a training method, I would say we are on the wrong track. Justify is often used as a euphemism for “excuse.” (That is listed as one of the synonyms at the same site.) Wouldn’t it be better to assess the method, analyze its pros and cons, and observe its effects?

What follows are a bunch of reasons one could present to justify the use of body pressure. Many of them are true, some are not. However, just because a statement is true does not mean that it can stand alone as a good reason to do something, or is even relevant.

These are all very, very common reasons offered for the use of aversives. The problem with all of them–true or false–is that they don’t address the possible down sides of the method. 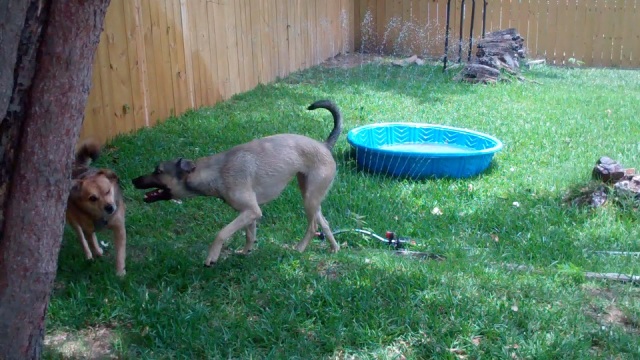 What if, instead of leaping to a justification, we instead examined the ramifications of the method? Aversives are known to have fallout. Careful consideration means that you consider the possible negative outcomes of any method. If you are a trainer, you disclose these to your client.

Possible Fallout for the Dog

Possible Fallout for the Trainer

Careful consideration means weighing these possible negative outcomes against the perceived benefits of the method. And it means looking with an eagle eye for any adverse effects on the dog if we do choose such a method.

This example is straight from my experience. I did formerly use this method, and can honestly state that it was an incredibly hard habit for me to break. I probably have not broken the habit completely. Since dogs are so much more perceptive of small movements than we are, I imagine I am still doing it at times and don’t even know it.

How aversive this method is to any individual dog varies. Plenty of well known positive reinforcement trainers use the body pressure method for proofing stays (also for teaching dogs to back up). It’s not a terrible thing for most dogs, although you can definitely find some videos of it where the dogs are not happy.

Thinking of my own dogs, I would be ill advised to use this method on Zani, who is already incredibly pressure sensitive.  I would likely undo the work I’ve been performing to classically condition a positive emotional response to proximity and handling if I used my body to coerce behavior from her.

On the other hand, my dog Clara is so thrilled to be close to me in most circumstances that the method might not even work on her. It might not even be aversive. If it were a little aversive, and it did work, the long-term effects on her would probably be negligible. That’s my gut assessment, based on her personality and strong bounce-back ability. However, the effects on me would be just the same. If it worked, I would be reinforced for using it. How soon would it be before I used it on the wrong dog?

This way of thinking about one’s own training can be applied to methods that we learn about or that are presented by other trainers.

If someone is promoting a method that includes use of aversives, to me it is a danger signal if they enumerate justifications similar to the ones I listed and do not discuss the risks for the animal and trainer.

But What if My Dog Tries to Dash Out the Door into Danger?

Step in front of her. Grab her if need be. And see this post.

I would love to hear from others who have assessed aversive methods they used to use and have decided to do otherwise. Examples of the opposite type of story–“I tried everything but ended up using punishment”–are a dime a dozen.  So let’s tell the stories about consciously and successfully leaving the aversives behind. Ready, set, go!